Earlier this month, some 40 descendants of Poland’s once vibrant Jewish community helped establish a milestone. Accompanied by several hundred Jewish participants from around the world enjoined by feasting, study and celebrations, they witnessed something amazing: the completion of the first Daf Yomi study of the Talmud in Lublin, Poland since the Nazi’s reign more that 60 years ago.

The numbers of Polish Jews who attended the Chachmei Lublin Yeshiva’s concluding event of the Daf Yomi, (called a Siyum HaShas) may have seemed tiny compared to the many other Jews who had traveled from other parts of the world to witness this event. But as history has pointed out before, miracles often must start small.

Still, the event’s sponsors, which included outreach organizations like Shavei Israel, realized it was an excellent venue in which to educate Polish Jewish descendants about their heritage. A three-day seminar was organized to teach attendees about Poland’s Jewish history and the importance of the Daf Yomi.

To many of us in the western world who don’t attend a yeshiva, or participate in the rigorous daily study of the Gemara tractates in Hebrew, the relevance of the 7-year-long cycle of study may seem hard to comprehend. Many of us belong to synagogues that offer Torah and Talmud study as a weekly event, not daily, and certainly not for a 7-year-long study. Classes are often offered in our native (contemporary) tongue, not in biblical Hebrew. So a structured and exacting Talmud study may seem anything but a revolutionary or progressive approach to Judaism.

But the creation of this tradition in the early 20th century was actually a fairly forward-thinking concept for its time.

Rabbi Meir Shapiro (or Shapira), who also founded the Chachmei Lublin and saw to its financial success, realized that worldwide Jewish migration was inevitable. So was the growing and at times, destructive disparity between Jewish cultures in the Diaspora.  Thus he proposed a plan that could be adopted in any synagogue or yeshiva in the world, and he argued, would help promote Jewish unity. As he explained in his proposal to the Agudath Israel general assembly (London) in 1924*:


How great it is! A Jew travels by boat and takes a tractate of Berachot in his arm. He travels for 15 days from Eretz Israel to America, and each day towards evening he opens the Gemara and studies the daf (Daf Yomi). When he arrives in America, he enters a Beit Midrash in New York and finds Jews studying the very same page that he studied that day, which allows him to happily join their study group. He discusses matters with them and they answer his questions, and the Name of Heaven is glorified and sanctified. Another Jew leaves the United States and travels to Brazil. He returns to the Beit Midrash and finds people immersed in the very page that he studied that day. Can there be a greater unity of hearts than this? (Hevratpinto.org)

Almost a century after Shapiro’s revolutionary proposal, religious Jewish life in Poland appears to be experiencing a rebirth that is in some ways, aided by his foresight. Scholars and students from Jewish communities around the world who have taken part in Daf Yomi studies in other countries (all founded on Shapiro’s proposal) have joined together to lend support to Poland’s fledgling religious community.

The Daf Yomi’s resurgence at Chachmei Lublin signifies more than a religious rebirth in Polish Jewish communities. It reaffirms a fact that Jews have known throughout time, and we have the exceptional opportunity to witness in our lifetimes: that no matter how great the tragedy, Jewish culture can survive. 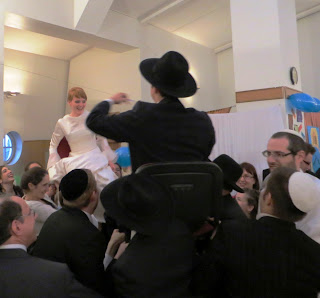 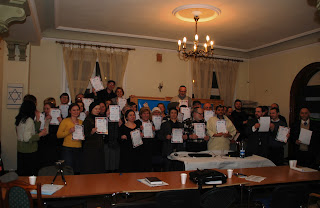 Appreciation is extended to Michael Freund of Shavei Israel, and the authors of On the Main Line blog and Hevratpinto.org for their research on Rabbi Shapiro's work.


* Ed. note: There is some debate as to whether the First General Assembly of the Agudath Israel took place in London in 1923 or 1924. An account in the Jewish Observer (see Hevratpinto.org, above) places the event in 1924.