In Defiance and Faith: Lighting the Hanukkah Candles in Public 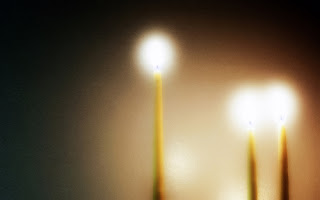 For thousands of years, Jews have been lighting their Hanukkah menorah outside or in front of their windows for the rest of the world to see. Jews take great pride in this public ritual, which sometimes garners criticism from those who are uncomfortable with the public display of an age-old religious tradition. But Hanukkah as a holiday is unique: lighting the menorah in public is a mitzvah. Whereas we bless the candles of most other holidays at dinner table and in the secluded privacy of our homes*, we are specifically directed to publicize the celebration of Hanukkah where others can see.

Hanukkah and Anti-Semitism
Even when there has been evidence of anti-Semitism in the community, Jews have fulfilled this mitzvah. Nor has the ritual changed much over the years. According to Professor Moshe Benovitz, during the Talmudic period the candles were traditionally lit outside one’s home.

Benovitz notes in his paper (to be found in Menachem Mendel's blog post of the same name), Hanukkah: Holiday of Hearth and Home that over the years the tradition was largely moved indoors, particularly in Ashkenazi communities. Benovitz offers several historical theories for this change, including persecution from non-Jewish neighbors. But it is interesting that even after the Shoah (the Holocaust) and the forced relocation of Jews throughout the Diaspora on numerous occasions, Jewish communities have continued to light the chanukiah where the public can witness this testament of faith. 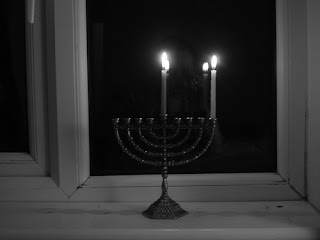 Procedures for Lighting the Hanukkah Candles
The Orach Chaim, a section of the Shulkhan Arukh, which was compiled in its final form by Rabbi Yosef Karo, serves as an authoritative reference for halachot (laws) concerning Jewish holidays. It provides an exception for public lighting of the candles in times of public distress or difficulty.

“One should place the Chanukah lights at the entrance which is next to the public area, on the outside of the entrance,” says the Orach Chayim. It goes on to explain other options depending upon where the resident lives, including placing the menorah in a window if a public area for lighting is not available.

“However, “(when) in times of danger,” the Orach Chayim notes “… he should place the Hanukkah lights on the table and that is sufficient.”

Lighting the Candles in Times of Danger
So what constitutes “times of danger?” The Orach Chayim qualifies it as living where “there are evil rulers who do not allow one to fulfill the mitzvah.” Does the evidence of unlawful attacks from anti-Semitic groups (e.g. those not sanctioned by any presiding government) constitute times of danger? Should fear of persecution be a guiding principle in such instances? It is worth noting that even in cases in which Jews are being ordered not to celebrate Hanukkah, according to the Orach Chayim, the mitzvah of lighting the Hanukkah candles still takes precedence.

Does the fact that one lives in a democratically ruled country with laws against hate crimes mean that one should never alter this mitzvah? 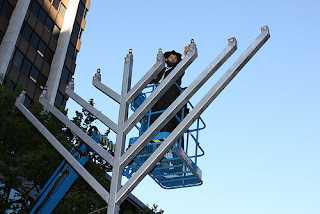 Here in North America, there is little written on the topic by rabbinic sources - at least as they relate to the lighting of Hanukkah candles in public places. Is that because there are no threats or concerns that warrant precaution when demonstrating one’s Jewish traditions in the front window of one’s house?

Or is it because Hanukkah is a way of demonstrating the Jewish community’s resistance toward persecution: a form of defiance as well as a form of public worship?

The Federal Bureau of Investigation’s report on hate crimes (for 2009) states that 72 percent of all hate crimes in the United States were due to the "offender's anti-Jewish bias." ** Yet U.S. and Canadian Jewish communities have developed around the concept that living in a democracy does not require the drastic measures of hiding one’s traditions. More: that their public demonstration helps to educate other communities and promote multiculturalism.

The Hanukkah Menorah and Multiculturalism
Interfaith groups, and Jewish organizations directed toward narrowing the gap between Orthodox, Conservative and Reform Jews have endorsed this view. So has the Hassidic rap artist Matsyahu, who incorporates Jewish symbols, beliefs and traditions into his songs. Being proud of one’s Jewishness can help to reverse stigmatizing, and being willing to share one’s holiday traditions can break down barriers to communication.

As this writer has found, Hanukkah can serve as a powerful bridge between two cultures. Yet the appropriate medium sometimes depends upon the circumstances. In one small town in western Colorado, my family elected to light the candles in a window that did not face the main street because of a history of anti-Semitic behavior by some members of the community. We fulfilled the mitzvah, although cautiously, preserving its view for those who were not threatened by our celebration.

Had it not been for a more fulfilling community experience some years before, our tradition of lighting the candles in front of a public thoroughfare might have been affected by this event. But we had already learned that the Hanukkah menorah carried an important message of support, not only for Jews, but for others as well. 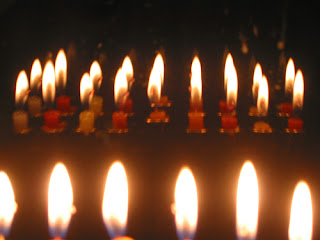 The Festival of Lights
Shortly after my husband’s graduation from university, we moved to a small town in the interior of British Columbia, Canada. Each Hanukkah we placed the lit menorah in the front window of our house. The first year brought carloads of curious neighbors past our front steps. The town in which we lived was primarily First Nations, and many had never seen the chanukiah, much less heard its ancient story. To many, our Jewish tradition reaffirmed our bond with our neighbors, whose ancestors had also endured decades of cultural discrimination and for many years had been prevented from practicing their own traditions, or even speaking their native language. Our new friends were amazed to find that Jews had experienced the same fate many years ago, and were now able to share their holiday traditions in most areas of the world without fear of persecution.

My family and I lit the Hanukkah menorah that year as Jews. By the end of those eight days however, we had come away with an even greater understanding of our connection with those around us.

The ancient rabbis were well versed in the dangers of anti-Semitism, and therefore left an “out” for Jewish families at Hanukkah during times of conflict. But as many Jews have found throughout the years, sharing the defining elements that make one a Jew can also open doors to the common histories that make us human. 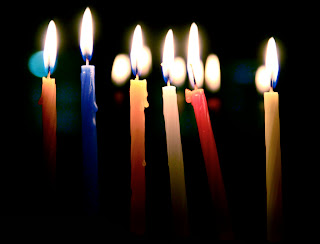 *At Succot we light the Shabbat candles outside in a succah, or booth, but still with the walls and the assigned setting of a private (though temporary) domicile.