Challah: Reshaping Our Image of the Quintessential Jewish Bread


Challah is a mainstay in the celebration of Jewish traditions. The salty-sweet twist of bread makes its appearance at almost every major festivity on the Jewish calendar. Its braided symmetry is meant to be emblematic of the goodness we seek in life. It symbolizes the joy and peace of Shabbat, the continuity of a new year at Rosh Hashanah, and the sweetness that we seek in our life throughout the world. Its braided form holds immense religious symbolism in our observance as Jews and would seem to be an irreplaceable part of every Shabbat meal.

So it is hard to imagine someone turning down a piece of this favourite confection when offered. Harder still to believe, is the fact that there have been millions of Jews throughout history for whom this hand-made delicacy would be nothing short of perilous to eat.

But in fact, a significant number of Jews must abstain from eating challah – or matzo, or hamantaschen for that matter – as the result of a strange and quirky autoimmune disease that wreaks havoc on the body when wheat is ingested.

The affliction is called celiac disease, and its symptoms really don’t have anything to do with wheat per se, but with a protein that is present in wheat, rye, barley and spelt. Ingestion of gluten by someone with celiac disease triggers an autoimmune reaction that can ultimately herald the diagnosis of other diseases, like malnutrition, osteoporosis, and cancer.

It isn’t enough that these grains happen to be four of the five species that are used in hamotzi, baked bread. Modern food processing techniques make the ingestion of oats – the fifth grain used in hamotzi – risky unless the oats have been processed in a certified gluten-free environment.

Gluten-free advocates often talk about the significant cost and difficulties that this disease can present, but few Jewish authors have centered on what to me, seems an even greater danger: the sense of disconnect that can result from not being able to participate in specific traditions, and the sense of alienation that comes from recognizing that something so intrinsic to our faith is out of bounds for those with celiac disease.

Sure, there are gluten-free (GF) challah recipes these days. In fact, hundreds if not thousands live on the Internet. And there is gluten-free Shemurah oat matzo. There are also support groups, and a staggering number of Jewish cooks with their own personal appreciation of the trials of staying GF. This alone suggests that a significant number of the estimated 3 million celiacs in the United States may be Jews. But even in its best and most ornate form, GF challah is just not the same as the buttery-sweet braided tradition that has been passed down through the ages.

Gluten is much more than a coincidental ingredient in bread. It is what allows us to braid the challah and build the many symbols into our holiday challot, such as the ladder or the roundness of a fulfilling new year. It is what, through synthesis with other ingredients, creates the fluffy, airy texture that we crave at Shabbat. The appearance alone of challah made without gluten is reminiscent of a compromise, a symbol of something cherished, but not quite attained.

Gluten is also what allows matzo to stay together, but retain its flaky texture, and is an intrinsic part of certain dishes on the Pesach seder table. Without gluten, dishes like chicken soup with matzo balls, gefelte fish and your bubbeh’s fantastic Passover cake are all the harder to make. Judaism is replete with symbols fashioned from gluten’s unique alchemy, and amazingly bereft of kosher options to use in its stead.


Some holiday recipes can survive without gluten, of course. Over the years cooks have discovered curious stand-ins for the protein, like guar gum and xantham gum, that when combined with ingenious mixtures of flours made of bean, vegetable and non-gluten grains can create passable hamantaschen, cakes and cookies. And oat flour, which by itself, is harder to leaven, makes satisfactory matzos.

And therein lies the problem.

Sharron Matten, the author of the blog Kosher Every Day  and Chicago-based chef notes that rabbis have stipulated that in order for baked bread to be considered challah (and thus observe its Shabbos traditions), it must comprise a “significant amount” of flour from one or more of the five grains. This is an option that is nearly impossible for GF bakers, who often must rely upon large amounts of other ingredients like tapioca, rice flour and potato starch to “lighten” the dough. Matten’s answer to the problem is both ingenious and an example of the extensive brainstorming that Jewish GF bakers must use to remain religiously observant. Her recipe even includes the use of a baking pan that simulates the braided appearance of wheat challah.

Yet the truth is, creative cooking doesn’t override all problems. What does the GF individual do at shul on Friday nights, after Shabbat morning services and bar/bat mitzvahs? Individuals who are GF are unable to eat anything at celebrations if they are unable to tell for sure that the food was prepared with GF needs in mind. Ironically perhaps, the growing availability of non-gebrokts* baked goods at Passover makes the holiday a bit easier for celiacs, but only if there is forethought to labeling the dishes "non-gebrokts" or gluten free. 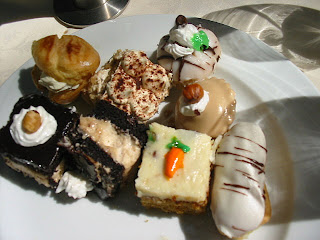 The true challenge in other words, isn’t finding ways to reinvent the wheel at home, but to stay connected socially with the community in a way that is meaningful and allows the celiac individual to at least feel there has not been a disconnect with the Jewish lifestyle.

And it is a problem that is growing. According to the Mayo Clinic, the incidence of celiac disease has risen sharply over the last 60 years. Researchers say the increase is due to improved diagnostic methods, as well as a growing intolerance to gluten in the general population.

Many Jewish communities are already attempting to address this problem by ensuring that there are items on Kiddush tables that are certified gluten free, and that alternative dietary options are available at community events. Still, more that can be done to ensure that Jews who have celiac disease can find the means to stay connected to their communities. They include:


Our traditions sustain and nurture our connections with Judaism and throughout history, have evolved to meet the changing needs of our communities. Perhaps the increasing prevalence of celiac disease will offer just such an inspiration for new traditions and new ways to express the meaning, symbolism and beauty of challah at the Shabbat table.


*Non-gebrokts - (Yiddish) refers to the Orthodox-Ashkenazi tradition of abstaining from eating any product made of matzo that has been combined with liquid (such as matzo balls) during the first seven days of Passover. The Jewish food industry now makes many of its baked products without matzo in recognition of this exceptionally stringent tradition, rendering foods made in this manner gluten-free.
Posted by Jan Lee at 13:10